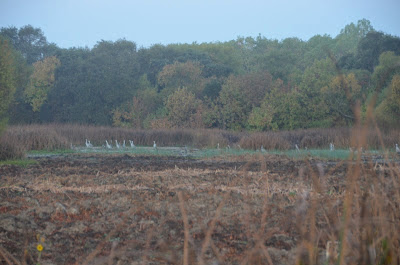 In late October we marked ten years here with a quiet toast to the many workers, helpers, guests, and friends who have enabled and enriched our occupation of this idyllic spot and made possible the bounty that we're able to share with others. The "wwoofers" of 2012 deserve special mention, an incredibly bright, diverse, energetic and intelligent bunch. May you all thrive in your various endeavors!

Decadal milestones inspire meditations about place and time. Before we were here, this was the site of a commune of sorts, a reportedly less-than-merry group of pranksters who accumulated junk motorcycles, junk cars, junk trucks, trailers, and other treasures (but left no drug waste behind - we checked carefully). Before that, there was a multi-decade period of relative quiet, and before that, a farm-labor bunkhouse. The bunkhouse, probably in use from the 1860s or 1870s to the 1930s, housed a farm crew (probably mostly Native American, at least initially) that would seasonally tend the production of fresh vegetables in the slough-bottoms and floodplains, following the receding water of the inundations that were regular before the coming of the big dams. That era ended in the 1930s with rural electrification and the widespread adoption of the turbine pump, enabling groundwater to be delivered at will and liberating farm production from the cycles of flooding.

And before the bunkhouse there were the Native American settlements, dense in the corridor of the Cosumnes, a landscape that offered acorns, fish, and game in rich abundance. Settlements were so dense that every knoll and ridge above the flood line probably hosted a seasonal encampment or more permanent village. Their feet walked these paths first.

Through it all, sandhill cranes have endured. Cranes - pictured above at roost just west of here in October - have been visiting this locale (and ones like it with the right combination of shallow water and food) for millions of years, gliding in each September and departing in February or March. Cranes note major changes in landscape. Many stories relate how they visit, year after year, former foraging fields that have been converted to unusable vineyards or orchards and that they are slow to return to fields in those rare instances when a vineyard or orchard has reverted to open land. And we observed, after we built our house, that groups of cranes would abruptly change course as they approached the house, avoiding rather than flying over the new building. We had intruded.

One wonders if the past couple of hundred years have seemed to the cranes like just so much unintelligible flux, a newsreel run at super-speed and we like so many frenetic stick-figures. Domestic cattle replaced herds of elk and the occasional bear, wheat fields replaced entire landscapes of native grassland, small dairies proliferated, faded and were consolidated into a handful of super-large dairies, orchards dotted - and vineyards later carpeted - the landscape, with only occasional retreats in the service of conservation, and always more houses, more roads.  Change had become the only constant.

That the sandhill cranes remain in relative abundance is a testament to some significant level of resilience and ability to adapt. We've noticed for the past few years that those that overfly our property no longer deviate to avoid the house. We're an accepted landmark.